We are happy to announce that Adam Paolozza, Artistic Director of TheatreRUN, has been selected as next year’s Urjo Kareda resident artist at the Tarragon Theatre.

The Urjo Kareda Residency Grant supports the training and artistic residency of an emerging theatre artist each season at Tarragon Theatre. The successful applicant will spend twenty weeks at Tarragon Theatre pursuing his/her own training and artistic goals by working in collaboration with professional artists in his/her chosen field(s) of interest.

Adam will be working along side some of Canada’s greatest theatre artists including Richard Rose, and he will also be developing his own work during the residency.

Artaud: un portrait en décompostion, our French language theatrical portrait of French poet and mad man Antonin Artaud has been selected as part of the 2012 Summerworks line up!

“Intimate…beautiful…the kind of work we want to see more of in Toronto.”

Check back often for more info on dates, times and how to get tickets. 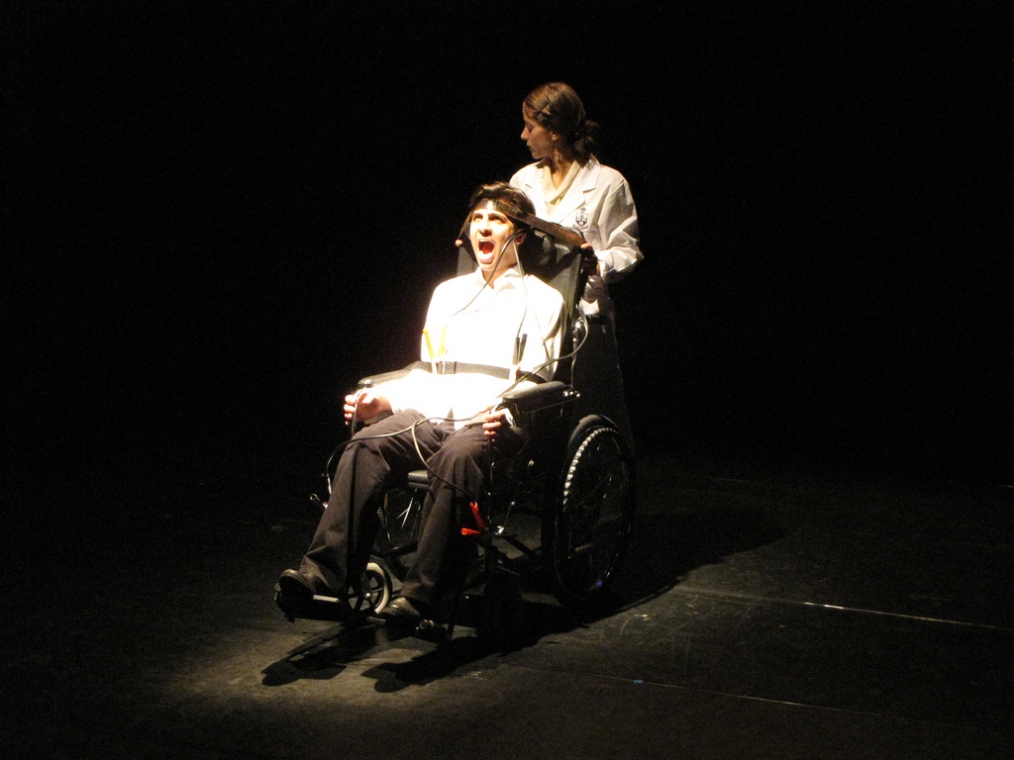 photo from Artaud’s Chinese tour, 2011. Adam Paolozza as Artaud and Coleen MacPherson as the Nurse

SPENT plays at the Queens Theatre from April 27 to May 6, 2012
For more info visit: http://www.queenstheatre.org/spent